Vatican City, March 16 (CNA) .- Archbishop Willem Jacobus Eijk of Utrecht in Holland noted last week that because of their contact with the world, priests run the risk of allowing "their social roles to prevail over their spiritual ones." In order to avoid this, he continued, each priest must continue to grow in his "relationship with Christ the priest, teacher and pastor."

The archbishop made his comments during a theological congress on "The Fidelity of Christ, the Fidelity of the Priest," organized by the Congregation for the Clergy at the Pontifical Lateran University on March 11-12.

"I don't want to underestimate the importance of the social role of priests, who although 'in a certain sense are segregated in the heart of the People of God,' yet they do not remain 'separated from this same people or from any man' with whom they live and for whom they work in a particular age and culture," Archbishop Eijk said.

Nevertheless, he pointed out, "we seek to train future priests and focus on their spiritual identity. Priests are exposed daily to pressure, tension and the disillusionment related to the proclamation of the Gospel in a society that is not very open to the Christian faith." 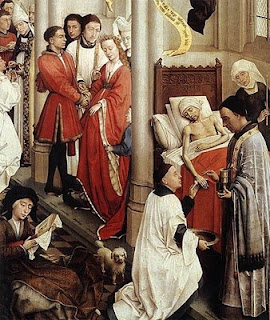 For this reason, he added, "After ordination there is always the risk of the social role prevailing over the spiritual. In order to prevent this conflict, priests must do everything possible to grow in their relationship with Christ the priest, teacher and pastor."
Posted by The Sibyl at 16:07