THE CISTERCIAN ABBEY OF HEILIGEN KREUZ (THE HOLY CROSS) HAS ELECTED A NEW ABBOT
﻿
Heiligen Kreuz Abbey is one of the most significant abbey's in the German speaking world, both because of it's retention of a full latin liturgy, but also for it's traditional manner of celebrating.

It may prove to be one of the most influential and significant monastic centre's of our age, and at very least as a reference point for the cistercian world. 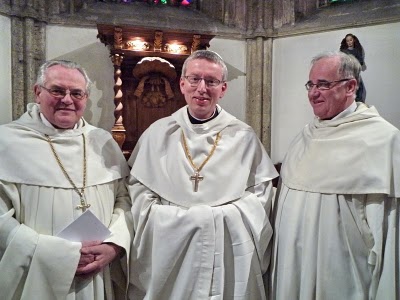