The Benedictine Monks of Le Barroux, established in the 1980's have completed the building of their Abbey Church and have since made another foundation in France. the average age until recently was 27. 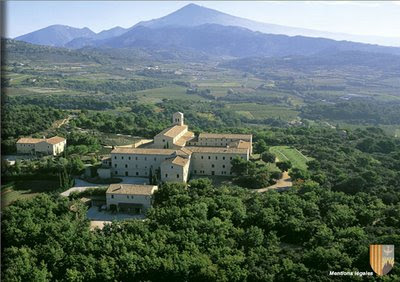 Aerial shot of the Abbey with Mt Ventoux in the background 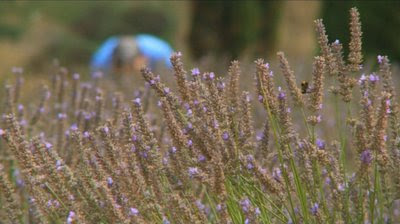 Lavendar picking in the forecourt of the Abbey 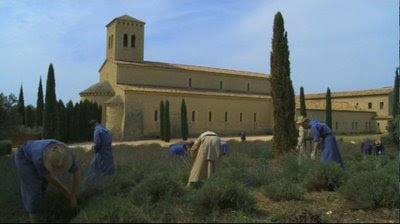 Lavendar picking by the monks in work habits 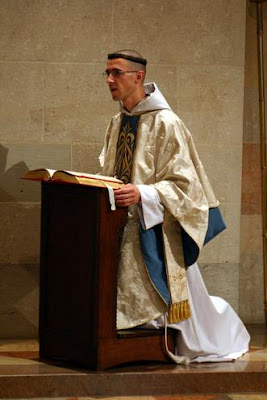 During his ordination a monk follows the Missal 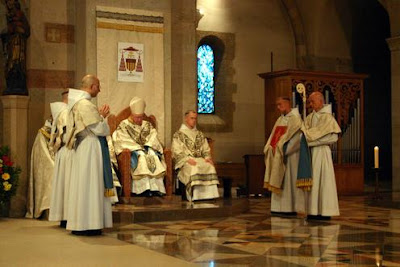 The ordaining Cardinal at the throne 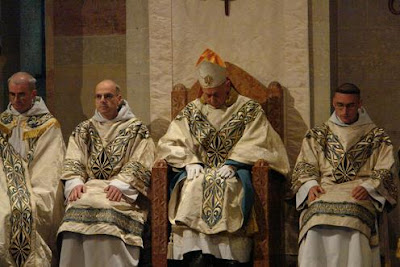 Dom Gerard the forme Abbot at the throne with Assistants 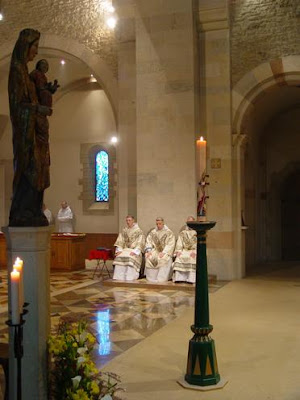 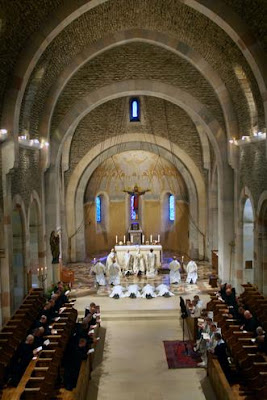 Ordinations in the Abbey Church 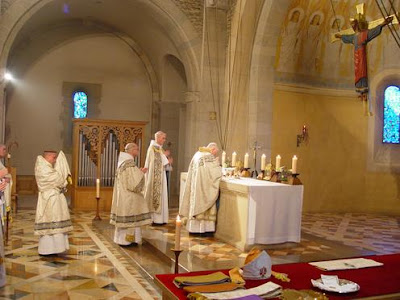 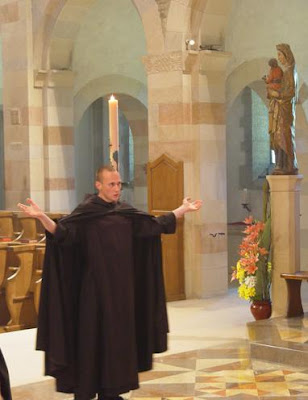 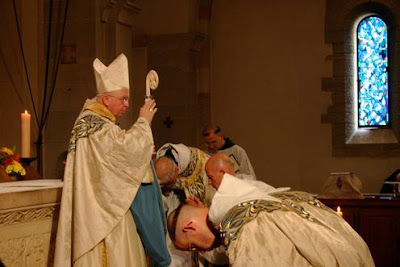 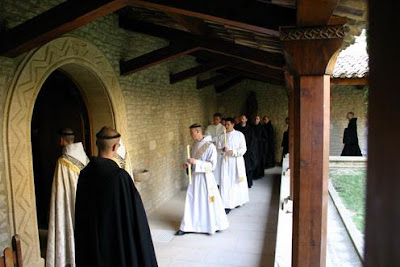 Candidate for the priesthood enter by the western door
Posted by The Sibyl at 15:20