Whilst Wollongong itself is does not have many note worthy churches, the diocese does contain some churches which are of enourmous historical significance for the whole country.

Chief amongst these are the so called "Pugin Churches". Churches designed by Augustus Welby Pugin in the Gothic Revival style. 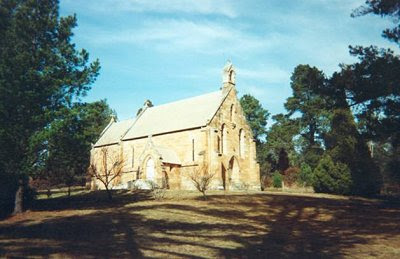 The Church is always worth a visit, although sadly is usually locked. If you contact the Parish Priest at Mossvale you may be able access.

St Francis Xavier's is of stste significance for its association with John Bede Polding OSB (1794-1877), the pioneering Catholic bishop in Australia and, from 1842, Archbishop of Sydney and founder of the Australian Catholic hierarchy. The Pugin design for the Berrima church was supplied by Archbishop Polding, one of a set of designs that he had obtained from Pugin in late 1842, and it reflects his maturing views on the nature and purpose of church architecture. It is also of star significance for its association with Pugin who was a key figure in the establishment of the Gothic Revival style for church buildings throughout the British Empire. 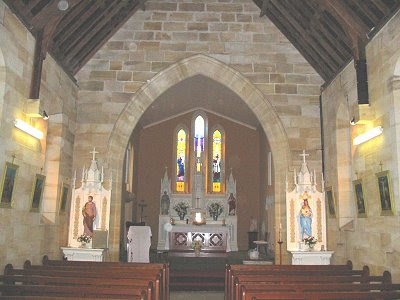 The altar and sanctuary furnishings are not original, but they are rescued from various other churches in the area.

There are a number other historic churches on the outer fringes of the Diocese many of which will appear on this blog in the comming months
Posted by The Sibyl at 20:45