These photos (was it from the Parsons Handbook by Percy Dearmer) have always captured my liturgical imagination - such style, such order, such symitary - Is this what pre-reformation liturgy looked like in England?

I was dissappointed to learn that the Cramnerian/Protestant text was ornamented and (if you like Catholisiced by super imposition of Sarum Coreography (a bit like theHigh Mass at the Brompton Oratory - Novus Ordo Libretto with Tridentine Coreography).

Do we have an historic opportunity to restore this order and beauty as part of the Anglican Ordinariates - I think so.  It strikes me that if there was a contribution that Traditionalist Catholics could make is to promote the Idea of an Extraordinary Form for the Ordinarate being the the full Sarum Rite (typical edition in Latin of course) the hermaneutic of continuity in action. 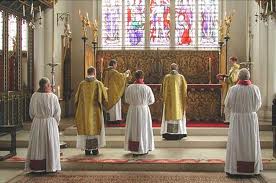 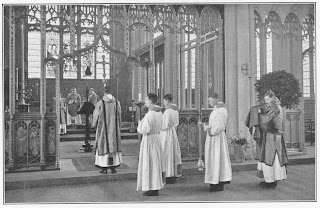 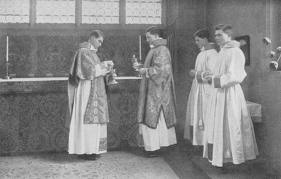