MUSICAL RESPONSIBLITIES IN A PARISH CHURCH 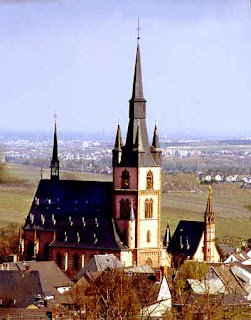 Clearly the public celebration of the official prayer of the Church must take precedence over other more popular devotions, where it is offered. And whilst it is the proper place of the clergy to promote these celebrations, it is also incumbent upon musicians to promote and support their pastors by giving priority to these celebrations in their planning and by their attendance. Popular devotions will always have a place but they are by their very nature additional to the public worship of the church - and should be represented as such in the Parish programme.

2. Selection of music for different parts of the liturgy.

In many respects the selection of music is much easier for the usus antiquior, since the vast bulk of the music (i.e. the proper) is set down and may not be deviated from. It is in the selection of the Ordinaries, motets and the use of the Organ that more scope is given to musicians.

The chants of the ordinary of the Mass, as opposed to the proper and motets, have a special place in that their texts do not vary, making them imminently accessible to the congregation. Indeed it is envisaged by all the church's documents[3] on sacred music that the ordinary of the Mass is the principle means by which the faithful can and should participate at Mass. Bearing this in mind, the selection of Ordinaries should be made with a view to allowing the faithful access to this participation through the use of Chant ordinaries. That is not say that exceptionally other ordinaries which form part of the treasury of sacred music should not be used on greater days to add solemnity. After Gregorian chant Sacred polyphony occupies the highest place by reason of it's close relationship with the Chant. However the Church's' treasury of sacred music contains music from every period of history including most notably, chant, organum, early polyphony, renaissance polyphony, baroque, classical, romantic and modern forms. Whilst chant and polyphony are most suited to the liturgy, these other styles should never be excluded out of hand.

Unlike the ordinaries, Motets are essentially choir pieces employed at the offertory and communion. They are pieces which are not integral to any given liturgy[4] and as such may always be left out. Where they are employed, they should be an opportunity for the choir to lift the hearts and minds of the people and should enhance the feast or season with their sentiments, without ever holding up the liturgy. Excessive use of motets (i.e. several in one liturgy) is counter productive, since their purpose is to enhance not dominate the liturgy, like icing on a cake they can be overwhelming. By contrast the restrained use of motets combined with organ interludes has proved the most successful combination.

Apart from choral music, the organ whose venerable history in connection with the liturgy, makes it, after the human voice, the instrument most eminently suited to the Roman Liturgy. Countless church documents refer to the suitability of the organ indeed it's inclusion and exclusion from the liturgy is a matter which the liturgical books take up during Advent, Lent, Holy week, Eastertide, and not least the Requiem Mass. Cleary the church envisages that the use of the organ during the liturgy has an impact on the character of the ceremonies themselves.

Ordinarily where the organ is utilised it can be used in a variety of different ways; it can played to accompany processions (this includes usually includes the Gospel procession where the alleluia has finished provided that their is reasonable time, the procession of departure from the church by the sacred ministers, and the entrance procession where the asperges is sung on Sundays.), it may be used to accompany the chants of the ordinary or even proper where necessary (i.e. if cannot be sustained by the singers.), it can be employed after the offertorium and communio, and may be played instead of or in conjunction with motets, and where it is required it may be used in settings of the ordinary and motets.

Certainly in greater churches it is important that the organ play from the great ecclesiastical repertoire and nowhere more prominently than for the postlude, and it is for this reason that the abuse of singing hymns at the end of Mass should be abandoned (The custom of singing hymns at the end of a Solemn Mass is an accretion which has transferred from the now common practice in the new liturgy, it is not advised nor sanctioned in either liturgy, it is often claimed that with the final hymn people have an opportunity to sing with gusto, however if properly trained, it is the ordinary that should be sung with gusto by the people, rather than usurping the place of the postlude from the organist.).

Every church where the liturgy is sung, should have a musical plan. This plan needs to include not only musicians, but also the congregation and the clergy. As a logical consequence there should be a "musical programme" which might be organised on a quarterly, half yearly or annual basis which includes the music which is reasonably intended to be sung at the liturgy. Separately, there should be a plan for teaching the congregation and the clergy the necessary chants/music in order to achieve the aims of the projected "musical programme".

The music should be planned on the basis of the capability of the choir, the size of the congregation and the scale of the liturgical programme, bearing in mind the musical resources of the Church itself. (i.e. Organ, size of church, acoustic etc.)

[1] It is interesting to note that the development of the "Carol Service" (9 Lessons and Carols) in the Church of England, like a Para liturgy (i.e. It adopts the tone and character of a liturgical celebration) has copied the structure and appearance of the Office of Matins. The service retains the 9 Lessons of the Office of Matins, and replaces the Responsories and psalms of it's nocturns with hymns, carols and anthems. Indeed for many years the custom has developed of having a solitary boy chorister chant the first verse of the Hymn/Carol (often "Once in Royal David's city) this is a direct reference to the recorded pre-reformation English practice of having a solitary boy chorister chanting the first verse of the invitatory ”Aspicens alonge" (I looked from afar) at Matins.

[2] In Northern Germany, May devotions to the Blessed Virgin are extremely well attended, even where Mass attendance is extremely low.

[4] except where the parts of the proper are sung polyphonically - this mitigates the need for a repetition of the chant.
Posted by The Sibyl at 17:19