Ex-communications of SSPX to be lifted by Pope 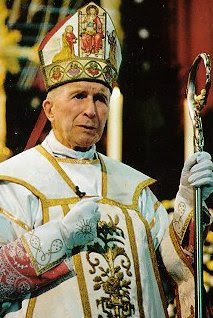 Andrea Tornielli, the Vatican expert of the Italian daily "Il Giornale" announced today that Pope Benedict XVI has decided to revoke the decree of excommunication of the four bishops consecrated by French Bishop Marcel Lefebvre in 1988, creating a schism in the Catholic Church.

The suspension of the excommunication of the Lefebvrist bishops has been making the rounds of several conservative blogs, mostly in Spanish, since Monday.

Although the announcement of the declaration was expected for Wednesday or Thursday, a Vatican source confirmed to CNA that it will be made public on Friday via the Pontifical Council for Legislative Texts, headed by Archbishop Francesco Coccopalmerio.

This decree will mean, Tornielli explains, that "the superior of the Fraternity of Saint Pius X, Bernard Fellay, and the other three bishops, Alfonso de Gallareta, Tissier de Mallerais and Richard Williamson will no longer be excommunicated."

According to Tornielli, who first suggested the move on his blog on Wednesday, the decision "has been maturing in the recent months," after Fellay sent a letter requesting Pope Benedict to revoke the act taken by Pope John Paul II following Lefebvre's decision to ordain the bishops.

"It was then a schismatic act, since those consecrations were not legitimized by the Pontiff, justified by Lefebvre as a necessity for the survival of his Traditionalist community. A community that had accepted neither the post conciliar liturgical reform nor some decrees of the Second Vatican Council, all of them signed by Lefebvre himself, including the one on religious liberty," Tornielli writes.

On January 20, the Traditionalists completed 1.7 million Rosaries as part of a campaign initiated by the four Lefebvrist bishops during a pilgrimage to the Marian shrine of Lourdes on the occasion of the feast of Christ the King. The campaign was launched to "obtain from Our Lady the lifting of the decree of excommunication of 1988."

The two consecrating bishops--Marcel Lefebvre and the Brazilian Antonio de Castro Mayer--and the four bishops of the Fraternity of St. Pius X were all excommunicated by Pope John Paul II. Both Lefebvre and Castro Mayer are deceased.
Posted by The Sibyl at 19:22