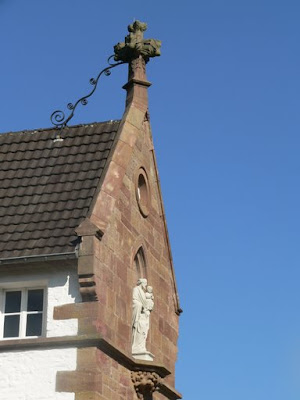 Readers will remember the heroic decision of the Trappist Abbey of Mariawald to seek the benefit of the provisions of Summorum Pontificum to permit the restoration of the traditional rule and liturgy in the Abbey. Readers will understand the difficulties that would face any community that turned its face back to the venerable traditions abandoned by the rest of their Order.
The Abbey of Mariawald is by no means large, even by modern standards, with a total community of 11 present as of the beginning of 2009. However, if fruits are yet to appear, there are the shoots of growth. It was announced that from the feast of the Purification, 2nd February, the Abbey has commenced a programme of formation for new postulants and novices. 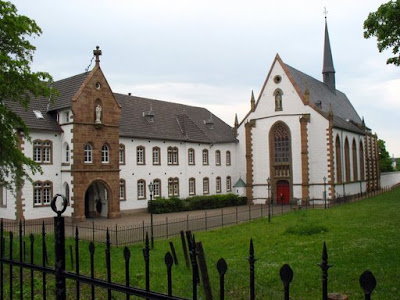 In fact, three postulants, one of them a Priest formerly of the Archdiocese of Hamburg, were received into the Abbey within one year of the application of Summorum Pontificum to the Abbey. One was later received into the Noviciate as Brother M. Dominic and the Priest was received as a novice under the name of Father M. Ignatius. Effectively, almost half the community consists of members in formation, a unique claim among Trappist monasteries.
As the abbot of Maria Wald, Dom Joseph Vollberger OCSO has said, the Abbey has decided to institute a programme of formation within the monastery to train monks, organized and supervised by Dr. Dr. Erich F. Zehle as a delegated principal of studies. It is fundamental for proper formation that the monks remain in the monastic community and operate in the very well-equipped library of the monastery conducting their studies in a reasonable peace.
On the feast of Candlemas, the 2nd February, 2010, the summer semester of the academic year 2010/2011 commenced. Since the Abbey, with papal privilege, returned to the ancient customs of the Trappists after the usage of Monte Cistello of 1964, it has experienced an influx of postulants, some of whom are now novices. 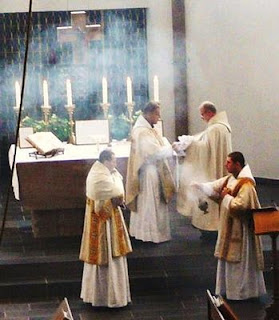 Prof. Dr. Klaus Berger will teach exegesis and the noted philosopher, Prof. Dr. Robert Spaemann has promised to participate in the formation programme. Other subjects will include general canon law and the Constitutions of the Order, the ratio institutionis, the provisions of the General Chapter and the traditions of the Order. 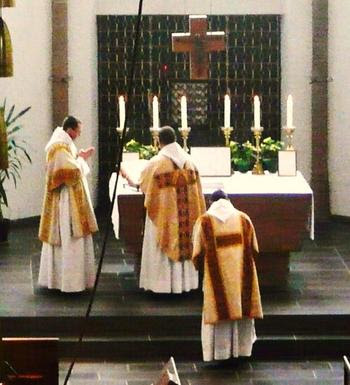 Seminars, lectures, tutorials and revision courses will lead to a solid philosophical, theological, historical and linguistic training for the holy priesthood. If their superiors approve it, monks and clerics of other monasteries and institutes of consecrated life will be admitted to the programme of formation.
Those wishing to stay at the monastery guest house can contact the porter here.