Mass with a server or not? 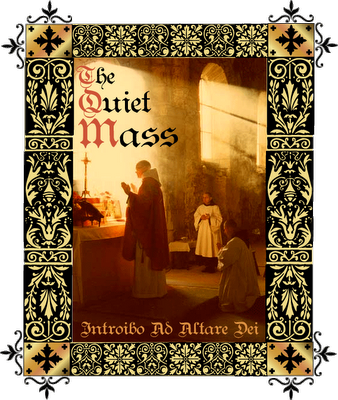 This has been the matter of discussion over at australiaincognita. Like so many eccesiastical issues it can blow out into legalism, pragmatism and idealism just to mention a few possibilities.

Here are some of the questions raised by the discussion:

1. Ideally there should always be a server at Mass but if there is not does this constitute an abuse?

2. Should the laity make the responses at Low Mass if there is no server?

3. The Council of Trent forbad anyone less than a tonsure cleric to assist at Mass; should this remain the ideal; is this impractical, is it an abuse to use a non cleric, does this term tonsured cleric have any validity now?

Let's look at the ideal.

If servers at Mass should all be tonsured clerics as the Council of Trent tells us, let us explore what this really means in the here and now.

In the 1570's the clerical state was conferred on those who recieved the minor orders - lector, porter, exorcist and acolyte. In reallity the term clerical state was used as a generic term which covered all of those who had received orders however minor. It was not however a liturgical office in itself. The important issue was that they had received orders. The Council of Trent also recommended that these offices be encouraged and spread and not just represent steps to the priesthood.

Despite the adomonitions of Trent the practice of utilising boys dressed as clerics, rose to become the norm. The practice became so intrenched as to completely replace the Tridentine instructions. By the 1960's the practice had become hallowed by "tradition" and indeed was hailed as the greatest source of vocations - the notion of having proper office as a criterion for service at the altar had disappeared.

Boys serving at the altar of course are children, it is an easy leap to make to ask "why not girls as well? They're children after all, and it is a child's role to serve at Mass". Gone, now are claims that altar serving is the source of vocations, since this would imply that girls too could or would be attracted to the priesthood. In many respects this practice has been exploited by those eager to promote the Feminist agenda within the church, by the introduction of female altars servers, initially without sanction and latter with apparent apptobation through a "loophole" in the new code.

The former minor orders where replaced in the 1970's with the offices of lector and acolyte/subdeaconate. It can be said then, that apart from the clergy (deacons & priests) the ordinary ministers of the altar are lectors and acolytes.

Issues of polity towards extraordinary ministers (mainly women unable to receive orders) has seen the offices of instituted lectors and acolytes withheld and even discouraged in some dioceses.

Good to see you taking up these issues.

On boys as servers, surely four hundred years of practice really does trump legislation on something like this! As you point out, the problems becomes the difficulty of drawing the line and prohibiting girls from serving, but in the end, priests just need to do it!

On the other issues you raise, I will be interested to hear your views - my view of course is that a server is required, and priests should make every effort to ensure that there is one.

But if, as inevitably happens from time to time, no server is available, then someone must at least say the responses. It strikes me as bizarre every time I hear it, for example, (which is not infrequently) to hear a priest repeating the Confiteor in the prayers at the foot of the altar, and purporting to absolve himself in the second person!

I wonder sometimes if each line crossed doesn't present new problems down the track, even if it does take four hundered years for things to unfold.

Seems to me that as traddies, we have to believe in some version of 'organic development' or guidance of the Holy Ghost in relation to the liturgy and other traditions, or we would have to accept the position of the archeologists.

That's not to say every little tradition has to be retained of course, but anything that has endured for such a long time would have to have a very strong case indeed to overthrow it.